Contents : The Evangelical Review
of Theology and Politics Vol. 3, 2015

Article
Shannon Holzer, ‘The Principle of Civil Strife and the Exclusion of Religious Reasoning from the Public Square.’

It has been argued that citizens should use restraint in using certain types of reasoning while operating in the public square. Specifically, religious reasoning has been singled out as one that should not be used for the creation of legislation. Though there are a multitude of reasons for this, one rationale that is often cited is the claim that religion is divisive and dangerous. This assumption has become engrained in the legal community, and it has for the most part gone unchallenged. This article argues that religious reasoning is not always divisive and dangerous. It often promotes peace and unity. Moreover, secular reasoning does not always lead to peace, and it has in fact lead to some of the most heinous violations of human rights in history. Furthermore, to use the avoidance of potential division and civil strife to exclude certain types of public reason as a guiding principle is too broad. The principle, if applied universally, would exclude not only religious reasons, but it would also exclude historical, scientific, and legal reasoning. Thus, it would be wise to allow religious reasoning just as the other sources of justification are allowed until certain claims show themselves to be false or in violation of others’ rights. This is asking for no more than what other sources of justification are afforded. 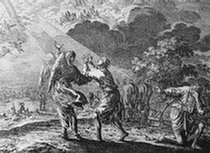 Historically biblical interpretation in East Africa is the brainchild of the Western world. Missionaries brought the gospel to this region but influenced by their western cultural perspectives. The first African biblical scholars in East Africa attended seminaries in the West where they received training in the western approaches to biblical understanding and interpretation. Such methodologies could not fit the needs of African situation. Africans seek Bible reading informed by their cultural perspectives, worldview and life experience. Presently there exist diverse approaches to biblical interpretation propounded by African scholars. Their concern has been how to make the message not only understood by Africans but also relevant to them. This paper attempts to show the significance and challenges of grammatico-historical method of interpretation for African contexts. It also examines the existence of diverse biblical interpretations within the African context. The African context has its peculiar issues such as culture, worldview, political, social and economic concerns among others. This impact on the responses to the interpretation of the scripture that should ensure relevance to the particular context. Such an approach should seek to empower the African readers and hearers for a critical study of the Bible in relation to their life-situations, and for personal and societal transformation.

Various scholars have proposed that Mattthean Christology portrays Jesus as the 'true Israel' or 'new Israel'. This designation leaves one to wonder whether this involves an abrogation of Israel in an ethnic sense. In other words, does Matthew present the reader with a supersessionist Christology? Though this paper will not answer this question, it does seek to explore a major aspect of it. This paper seeks to explore Jesus' relationship to Israel in the Matthean infancy narratives. From Matt. 1:18 - 2:23 the narratives serve to illustrate Jesus' fulfilment of five OT citations. Matt. 1:18-25 concerns the fulfilment of Isa. 7:14. Matt. 2:1-12 concerns Mic. 5:2. Matt. 2:13-15 concerns Hos. 11:1 and allusions to Exodus. Matt. 2:16-18 concerns Jer. 31:15 with possible allusions to the Exodus. Matt. 2:19-23 concerns the fulfilment of some unstated OT reference(s). Matthean Christology, at least of the infancy narratives, concerns Jesus' fulfilment of OT scripture. This paper will analyse each narrative individually, examining both the context of the OT citation and that of the Matthean narrative surrounding the citation. This paper will then piece together the findings into a coherent statement regarding Jesus' relationship to Israel.

Mark’s gospel makes plentiful cryptic references and allusions to the Old Testament whilst being sparing with explicit quotations. Texts from Isaiah are frequently alluded to. This study examines Mark’s use of these texts in order to ascertain the essential theological burden that is drawn from Isaiah. It is apparent that Mark has drawn on three core themes and developed them in his Gospel. Firstly, that the ‘way’ of the Lord coming to save is the way of Jesus to the cross. Secondly, that Jesus characterises the divinely-appointed, Spirit-filled servant of Yahweh. Thirdly, that Jesus characterises the enigmatic suffering servant of Yahweh.

Review Article
Apocalyptic Belief and Evangelical Interpretations of the Northern Irish Troubles:
is Ulster Fixated on the End-Times?

R. Kendall Soulen, ‘Consummation at the End of Christendom,’ in The God of Israel and Christian Theology (Minneapolis, MN: Augsburg Fortress, 1996).

Carys Moseley, Nations and Nationalism in the Theology of Karl Barth (Oxford: OUP, 2013).

Review
Darrell L. Bock, and Mitch Glaser, The People, the Land, and the Future of Israel: Israel and the Jewish People in the Plan of God, Grand Rapids, MI: Kregel Publications, 2014.
Reviewed by Slava Ilchishin.

Review
Mark Lewis Taylor, The Theological and the Political: On the Weight of the World, Minneapolis, MN: Fortress Press, 2011.
Reviewed by Henry Kuo.

Note, page numbering is chronological, and is unique to each section, that is, each form of material. The first article to be published each year will be pp. A.1-12 (for instance); the second article pp. A.13-29, and so on. Page numbers for articles are prefaced by a capital A. (and so on)—